Famous, Green Cars in the Movies – Protect My Car | Blog

Everyone knows that March is the month of green, mainly because of St. Patrick’s Day. For the whole month, you won’t be able to get away from the color as most restaurants, grocery stores, and other local businesses dress up their interior with anything green, including their products. Green is also the first sign that spring is right around the corner. Unfortunately, this is not so for those in the New England area lately, yikes! March boasts the color green as everything comes back to life after winter.

Being a vehicle protection company, we have to get creative because it’s not like we can print your policies on green paper (although that would be kind of cool). We decided to feature some of the most famous green cars that are featured in some of the most notorious movies. So, let’s take a look:

The Fast and the Furious 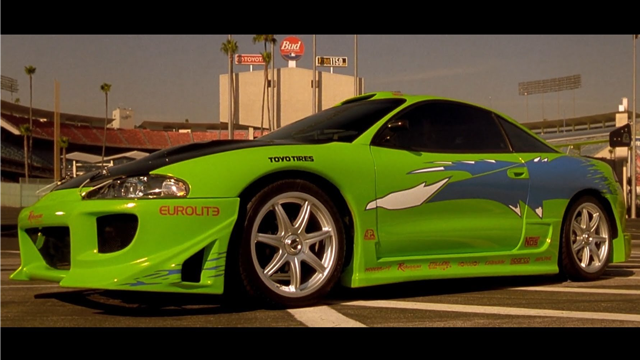 Everyone knows The Fast and the Furious franchise, and if you don’t, we’re not sure where you’ve been the past 10+ years… Paul Walker’s infamous first car in the franchise was a neon green, 1995 Mitsubishi Eclipse. It was one of three cars in that film to win a quarter mile race in less than 10 seconds. It is one of the more recognizable and famous movie cars that holds a high place in the Hollywood and automotive industry. Eddie Paul also used the Eclipse on the cover of his book: “The Cars of The Fast and The Furious”.

The next vehicle we are featuring is also from The Fast and the Furious franchise and is one of our personal favorites: The green 2005 Volkswagen Touran (better known as the Hulk Mobile) in The Fast and the Furious: Tokyo Drift. The funny thing about this car is that it’s a minivan. Twinkie, played by Bow Wow, was never seen actually racing this vehicle, despite the movie being centered around drift racing. The Hulk Mobile is currently on display at Universal Studios in front of their Hulk themed rollercoaster. If you can’t get out to Orlando to take a look, you can actually download the Hulk Mobile in the Grand Theft Auto: San Andreas video game.

One of the more infamous green cars that we are featuring is Green Hornet’s The Black Beauty. Now, we know what you’re thinking… the car is black. Yes, the car is black, but with its green headlights, the black green pearl of essence top coat, and overall green theme, we’ve decided to add it to the list. The 1965 Chrysler Imperial Crown is driven by Green Hornet’s sidekick, Kato. The car features many gadgets and gizmos, including explosives, a “scanner”, and a knock-out gas nozzle. The green filter that is placed over the headlights enables the driver of the vehicle, who has a special filter that drops down to eye level, to still see the road clearly. But, to other cars on the road, the lights are very dim (allowing for them to be discrete). So, if you’ve ever wondered why Kato’s face always looks green, now you know!

Who could forget about the Griswolds’ 1979 Ford LTD wagon that they take their road trip to Walley World in? While there is nothing particularly special about the wagon, it is one of the most iconic pieces of the National Lampoon franchise. Hemmings, an online car collector marketplace, possibly has one of the five original vehicles used in the production of the movie, but unfortunately, there is no documentation to prove it. The car comes with luggage for the roof, a dog leash, and a Walley World bumper sticker. The paint has character and would make anyone stop and stare.

In lieu of Ford’s release of the 2019 Bullitt Mustang, we have included the green 1968 Ford Mustang GT 390 that was driven by Steve McQueen in the movie Bullitt. For the movie, they had to make the Mustang stealthy, removing the driving lights, running pony emblem, lettering, and badges. The car chase in the movie reached speeds of 110 mph on the streets of San Francisco, causing actual residents to call the police, and, because of this scene, Frank P. Keller won an Academy Award for Film Editing. The GT in the movie was able to go 0-60 in 7.8 seconds! There were two cars used in the movie and one was completely destroyed during filming.

A movie named after a car, that happens to be green, and includes Clint Eastwood, was something we couldn’t NOT include on the list. The movie surrounds 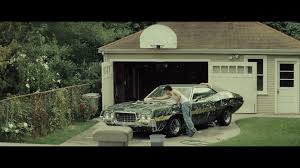 Eastwood and his young neighbor who attempts to steal his prized 1972 Ford Gran Torino for his initiation into a gang. When the young neighbor is unable to steal the car, the gang he was involved with attacks him. Eastwood shows up with his M1 Garand rifle and chases off the gang, earning the respect of his community. The young neighbor’s punishment for the attempted theft is helping Eastwood around his house, where the two form a close bond. The movie is Eastwood’s second highest grossing film, earning $270 million worldwide. The movie is packed with action, emotion and the real struggles of those living in gang-ridden areas.

One of the greatest movies directed by John Sturges, McQ stars John Wayne and a 1973 Pontiac Trans Am. The Trans Am was in Brewster Green, which was only available for one year. The movie follows a Seattle cop, Detective Lieutenant Lon “McQ” McHugh, who is searching for the people responsible for shooting his partner, other officers, and stealing drugs from the police evidence room.  In the movie, the Trans Am is Wayne’s personal vehicle and it is involved in an intense car chase all over Seattle, WA. One of the most famous lines from this movie happens after the car gets folded in between two semis and Wayne states: “I’m up to my butt in gas”. 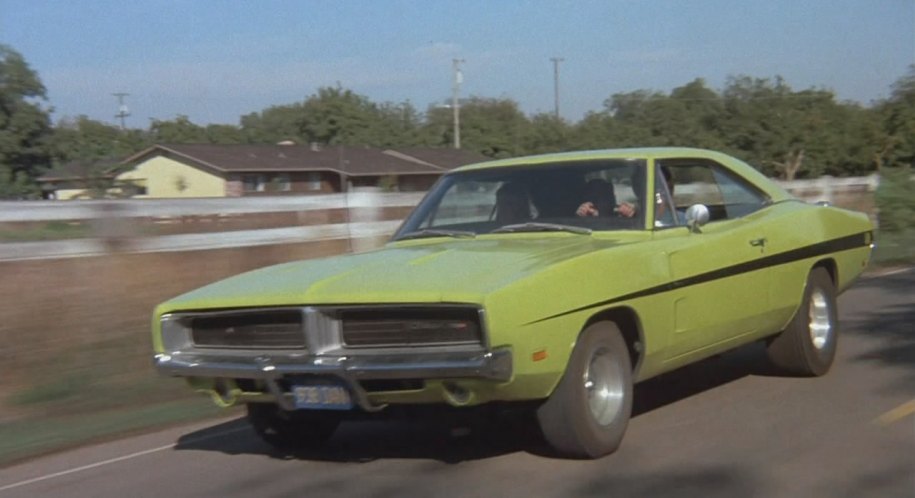 the longest car-chase scenes in movie history! It got pretty banged up in the movie and was put up for sale for its used parts, but the vehicle’s past was never mentioned to the new buyer. The new owner found an oil-stained shirt in the trunk and was later able to identify it in the movie. He began bringing the car back to life but, before it could be completed, the car was involved in an accident and totaled.

About Protect My Car

Protect My Car is a vehicle service contract provider, also referred to as extended car warranty provider, with multiple coverage plans for new and used vehicles with low to higher mileage to help meet your needs and budget. Protect My Car customers work directly with the company for customer service, claims administration and contract financing. No middleman or the need for third-party approval. All Protect My Car Plans include best-in-class claims and customer support, 24/7 roadside assistance, free oil changes and tire rotations and the exclusive PMC Rewards Plan, providing daily deals, giveaways, coupons, and thousands of ways to save money every day. Protect My Car has a 30-day money-back guarantee.

Get A Free Quote

Help us help you get vehicle protection. Answer the questions below and click submit.